In Afrikaans, /u/ is regarded phonemically as a short vowel, despite some phonotactic contexts in which it is phonetically long. The same applies to /i/ and /y/. Apart from /ɛ, ɔ, œ, y/, all the other short vowels occur freely in open as well as closed syllables in word-final position.

Word-final orthographic <o> , as in, for example foto /'fo.tu/['fuə.tu]photo, is generally pronounced as [u] in Afrikaans, phonemicized as the short vowel phoneme /u/. This is contrary to the situation in Dutch where <o> in open, final syllables, as in foto /'fo.to/['fo.to], is generally considered to be phonemically long (See The Dutch vowel inventory). In in a few cases in Afrikaans, however, written <o> in word-final position is realized by a phonetically long [uə], phonemically long /o/. In such instances it is also stressed (.

In all instances of short vowels, the following topics should be taken into account as important background information:

In the following sections, /u/ is treated with respect to its role in the stress pattern of Afrikaans monomorphemic words, both in open as well as closed syllables in word-final position. The generalisation to be made is that /u/ is stressed in word-final, closed syllables, while, in the case of word-final open syllable, it is unstressed with the primary stress in the word falling on the penultimate syllable. This is also the case with short /ə, ɑ, i, ɛ, ɔ/. Note, however, that /ɛ, ɔ/ only occur in polysyllabic persons' and place names from indigenous languages, see Short ɛ in monomorphemes and Short ɔ in monomorphemes. /u/ does occur in a few restricted instances in positions other than word-final, but such examples are not particularly interesting with respect to general stress patterns, as these bisyllablic words all end on unstressable pseudo-suffixes. The following list is just about complete: boetseer, broeder, droesem, koester, oefen, oester, ploeter, soepel, troetel, woeker (Primary stress in monomorphemes ending on Type-I schwa.

In the subsequent sections, we first attend to /u/ in open syllables in word-final position, and then, subsequently, to /u/ in closed ones. 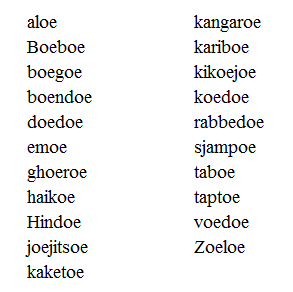 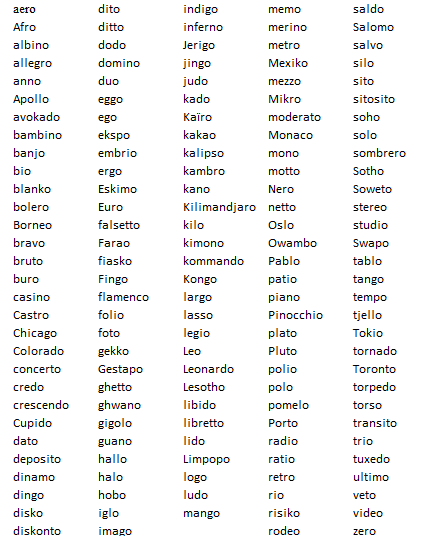 Examples of this type are rather restricted; the lists in this Extra are more or less complete. 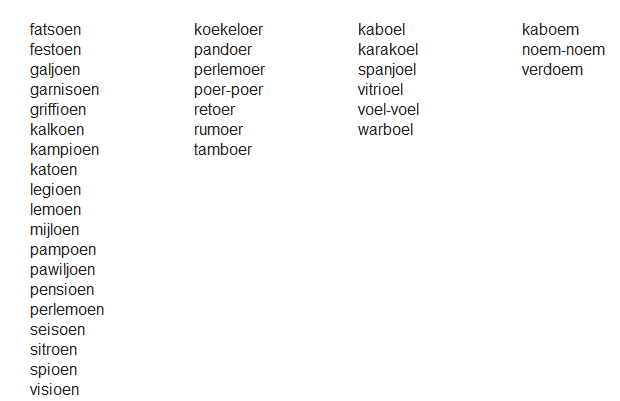